International students discuss the aim of their seminary “Education in Serious Joy” at Bethlehem College & Seminary.

Many of these students will have extraordinary financial needs that go beyond the scholarship support already provided to all resident students by generous givers.

The Alex Steddom International Student Fund has been established to support the financial needs of four seminary students, annually. The need is presently $185,000. By God’s grace, the fund will be replenished every year. 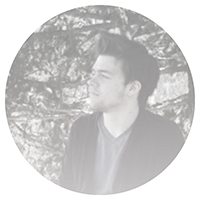 Alex Steddom, longtime member of Bethlehem Baptist Church, and son of Pastor Chuck Steddom and his wife Carol, was to have joined Bethlehem College & Seminary as a seminarian in 2015. The Lord called him home while on a mission trip to Northern Ireland, just weeks before school was to start. Alex embodied a real passion for God’s supremacy in all things for the joy of all peoples through Jesus Christ, and understood deeply that missions exist because worship doesn’t.

The Alex Steddom International Student Fund will serve to make sure that the seat Alex was to occupy in the seminary will, by God’s grace, always be filled by a student from elsewhere in the world who plans to return to his country with an “Education in Serious Joy.”

The Alex Steddom International Student Fund is a temporarily restricted fund that permits Bethlehem College & Seminary to borrow from it for other purposes, if necessary, at a market rate of interest.