In Acts 9, we read that Saul of Tarsus encountered the glorious God. Saul, blind to the truth, did not know him (2 Cor. 4:4). The deity, however, knew him: “Saul, Saul.” The Creator addressed him by name. “Why are you persecuting me?” The Pharisee who was advancing in Judaism beyond his peers (Gal. 1:14) was confronted by the God of the Scriptures but did not know him, and was found opposing him.

To the Pharisees, Jesus said, “For if you believed Moses, you would believe me; for he wrote of me” (John 5:46). The wise and learned did not know the greater Prophet like Moses when he appeared (Deut. 18:15–19). Even the student of Gamaliel (Acts 22:3), a Benjaminite, a zealous Hebrew, blameless under the law (Phil. 3:5–6), did not recognize his voice or discern his glory. Saul had to be told.

Kneeling on the gravel of the Damascus road, Saul’s divided heart was revealed. He was a zealous Jew, and he was hunting the opposition. It used to make sense, but now the Voice forced the question he had lived his life protesting. His own blindness before this obvious deity is stunning: “Who are you, Lord?” Was there really any question? Did he not know that it was the light of Yahweh in the face of Moses that blinded the Israelites?

“I am Jesus, whom you are persecuting.” Saul knew that he was persecuting Jesus. He wanted to stamp that name out. But the radiance burning his eyes was that of God Almighty, Creator and Lord of all things. And his name was Jesus. The light of Yahweh was the light of Jesus. Saul of Tarsus was persecuting the god he claimed to worship.

What hope is there for me? Well, Saul approached Damascus seeking prisoners, and left as a prisoner of Christ. He approached Damascus “breathing threats and murder against the disciples of the Lord” (9:1) but later was confounding “the Jews who lived in Damascus by proving that Jesus was the Christ” (9:22). He arrived blind, and left seeing.

I too arrived blind. I needed to be told that Jesus was my light and my salvation. By his word he spoke to me and told me his name and opened my eyes.

1. Please be in prayer for the prospective students who came to our Preview Day as they pray and discern what the Lord has for them moving forward.

2. Please continue in prayer for all of our students as midterms and Fall break approach. Pray for strength, stamina, and for them to pursue godly joy and holiness with all their might.

3. Please also keep praying for our Serious Joy Scholarship needs. Pray that the Lord will continue to raise up more partners to cover more of these scholarships!

4. Also, please be in prayer with us as we soon begin the search for another faculty member for Fall 2017. Pray that the Lord would lead us to just the right person for this position.

Join us Wednesdays for our weekly Chapel Service from 12:00-1:00pm. 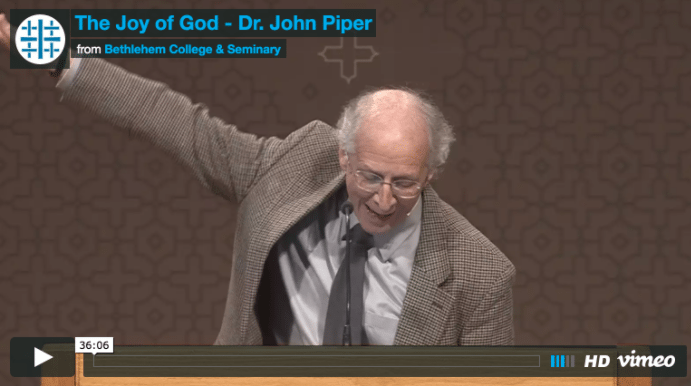