I had the sobering opportunity to memorize Psalm 32 recently. O, the depths of iniquity. O, the deception and attachment of sin, like worms that fasten onto us and creep inside, unseen, destroying our flesh.

My first (and human) impulse when I sin is to hide it and not let others know. I don’t want others to know exactly how wicked my heart is or how great those worms in me are. Perhaps I am afraid of the raised eyebrows of others. Perhaps I have made a little agreement with the worms. After all, they have promised me great pleasure.

Psalm 32 has given me a new understanding about my sin. It has been like sunshine that pierces my heart: a healing balm on one hand, a penetrating and convicting radiation treatment on the other.

Verses 1 through 5 talk about a process of going from hiding sin to revealing sin. Verses 1 and 2 talk about a man who is honest about his sin. He does not hide it but reveals it to Yahweh and receives blessing. His transgression is forgiven. His sin is covered. Yahweh does not count his sin against him. This man is not deceptive about his sin.

But why does David begin this way? He knows the blessing of the Lord because he has walked a certain road: the road from deception to confession. Verses 3 through 4 show David’s reason (ground) for understanding the blessing of honest confession. In verse 4 we learn that David kept his sin silent and God’s own hand was against him, heavy and harmful, like the sun in the middle of summer, baking the parched ground. Because of this, David says that he groaned day and night because his bones were wasting away. God’s hand is heavy on those whose sin is hidden.

In verse 5 David cannot stand the strain anymore. Yahweh’s forgiveness comes rushing in when David confesses his transgression to him. Interestingly, David says, “I did not cover my iniquity” (Ps. 32:5b). Earlier David had said “Blessed is the one (…) whose sin is covered” (32:1). David does not cover his sin, but God does.

This was obvious to me, and yet I needed to hear it. I am not the one who is to cover my sin. God is. My job is to get my sins into the light, confess my worms, show my ugliness. It is in the hands of Yahweh to cover it, forgive it, not count it. When I try to take Yahweh’s place and cover my own sin the worms grow large, the hand of Yahweh presses hard and my bones waste away.

In this situation, God’s heavy hand is a mercy to me. Sometimes he uses a heavy hand to bring back a wayward lamb. But it was not so with a different Lamb. There was another man named Jesus who approached the Father. He presented sins to the Father. He was not met with mercy. He was not met with forgiveness or a covering. The Father loathed him as the greatest sinner (2 Cor. 5:21), for he carried my sick sins and the sins of the world (1 John 2:2) in his pure heart. The Father unleashed atomic hell-fury on him instead of me. 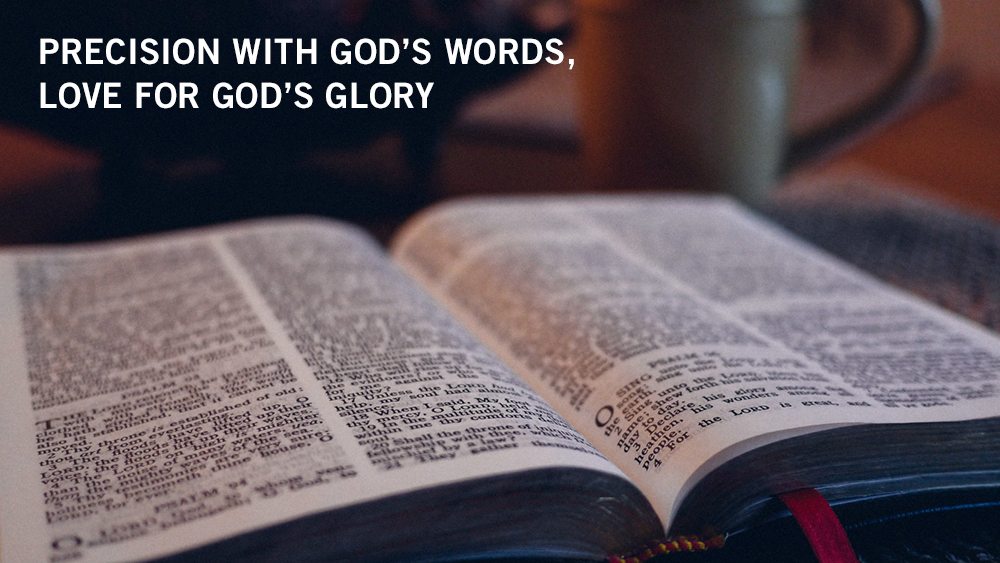 1. Pray for Bethlehem College & Seminary alumni who labor for the gospel in places where our revealing their identities would place their ministries and personal security in greater danger.

2. Pray for students in our church-planting program who are launching new churches here and abroad.

3. Pray for rising seminary and college graduates that God would make clear his calling on their next season of ministry.

4. We are praying toward a goal of 250 Serious Joy Scholarships of $10,000 each funded by June 30, 2016. At this writing 77% of those scholarships have been funded or pledged. Please pray whether you might be called to help fund 58 more scholarships in full or in part.