Note: All quotes are from sources as noted. The only fictitious elements in this diary posts are to treat these thoughts as from John Calvin.

I send greetings to all Protestants at the Inauguration of the 45th President of the US. Believe it or not, some of our tradition’s ideas have led you to this point. After a spirited campaign, perhaps a voice removed from the political fray could offer some modest, principled advice. With all the parades and traditions of this Inaugural—the losing party probably praying for a repeat of William Henry Harrison’s Inaugural (the longest with over 8,000 words or two lengthy sermons), which led to him contracting pneumonia and dying before he had many days in office—while this national liturgy is being enacted, a TULIP of guiding principles may be timely.

Let me begin with a quote and see if you can guess the author’s identity (hint: this thought is virtually plagiarized in Federalist #51). I offer one beginning tweet on human government: “If we were all like angels, blameless and freely able to exercise perfect self-control, we would not need rules or regulations. Why, then, do we have so many laws and statutes? Because of man’s wickedness, for he is constantly overflowing with evil; this is why a remedy is required.” **

Two centuries later, James Madison, steeped in the Knoxian tradition learned from his Princeton President John Witherspoon—almost as if copying me without attribution—referred to an innate tendency toward sinfulness and the exploitation of others that required governmental power to be circumscribed. To Madison, it was but “a reflection on human nature, that such devices should be necessary to control the abuses of government.” Madison reflected Reformation thought when he tweeted: “But what is government itself, but the greatest of all reflections on human nature? If men were angels, no government would be necessary. If angels were to govern men, neither external nor internal controls on government would be necessary” (Federalist #51). Had Madison derived his view from human experience alone, this reference would merit little comment. However, it appears remarkably similar to a particular theological formulation from several centuries earlier and derived from a common well.

These founding fathers, affected consciously or unconsciously by Reformation innovations of power in governance, also favored

• optimal local control (Federalist #46),
• small governmental scope during peacetime (#45),
• separation of governing branches from each other so as to avoid consolidation (#51),
• the priority of the legislative branch over others (#51),
• a “compound republic,”
• “auxiliary precautions” to keep various strong interests in check, a senate to check other branches and provide security for the people, the avoidance of “sinister combinations” or perfidious usurpation stemming from personal ambition (#62),
• and keeping the judicial branch as the weakest branch of government (#78). The courts, rather than crafting law to fit changing sociological enthusiasms of a given day, were to typify the limited government ethos by restraining themselves to the limited task of declaring “[the] manifest tenor of the Constitution.” Should a role change occur, such that courts became legislative, such a reversal would provide an instance of the biblical allusion of “the servant [being] above his master” (#78).

Madison added this definition of the republican ideal, invoking the memory of the 1579 Vindiciae Contra Tyrannos: “The accumulation of all powers, legislative, executive, and judiciary, in the same hands, whether of one, a few, or many, and whether hereditary, self-appointed, or elective, may justly be pronounced the very definition of tyranny” (Federalist #47). The founders’ commitment to prevent one branch or person in government from wielding all power perfectly complemented My [Calvin’s] view of the untrustworthiness of man and continuing distrust of centralized authority.

In keeping with the Huguenot thought of Theodore Bezaand others, Federalist #69 denounced a hereditary monarchy as “an absolute negative” on representative government. Perhaps as a counterweight to the Enlightenment idea that man is innately good, Alexander Hamilton reminded his readers of a balance to be maintained: “The supposition of universal venality in human nature is little less an error in political reasoning than the supposition of universal rectitude” (#77).

Surely, some political wisdom from the past could be offered during on this inaugural day.

Meet Dr. Hall when he lectures at Bethlehem College & Seminary on Wednesday, February 8. 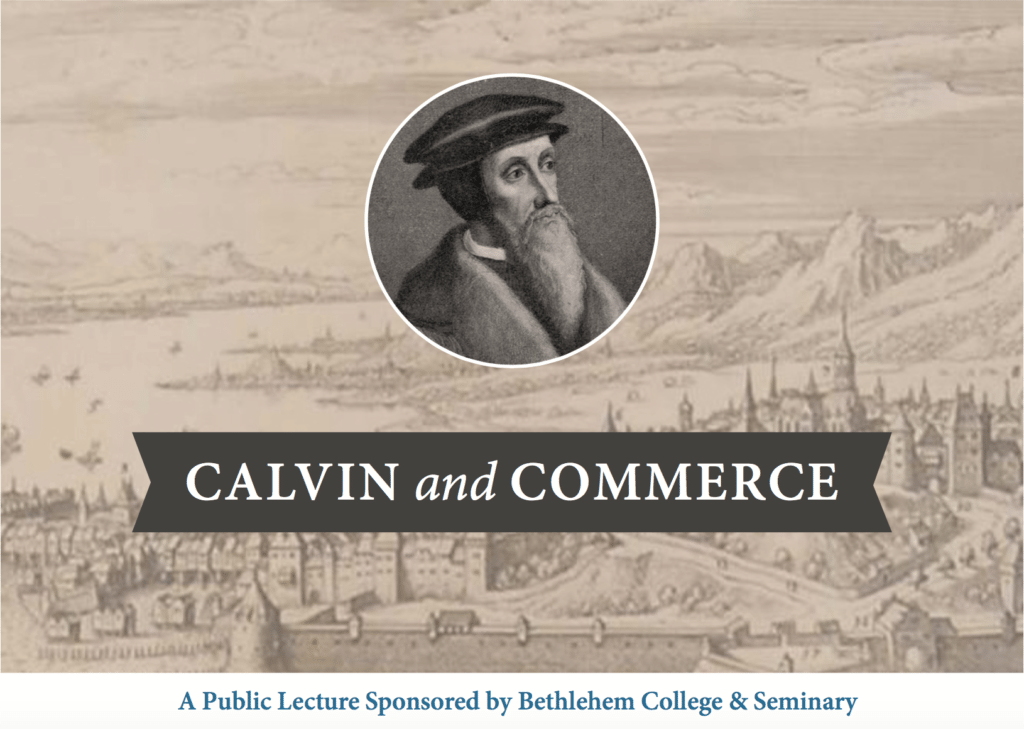