In the concluding Bethlehem College & Seminary chapel service of the school year, Chancellor John Piper had this say:

I lay down my life for the sheep. And I have other sheep that are not of this fold. I must bring them also, and they will listen to my voice.

Such missionaries and witnesses have been dispatched from Bethlehem Baptist Church—home base of Bethlehem College & Seminary—to the nations for almost 150 years. In 1983, a rejuvenation of this historic missional impulse occurred that has since placed over 400 “Bethlehemers” throughout the world in labor for the gospel. Bethlehem College & Seminary graduates have now joined these ranks. Nearly coincident with this missional inflection point of 1983 was the launch of desiringGod.org, through which Bethlehem theology has been piped to every digital faucet in the world with a ready Internet connection during the last four decades. In glory I suspect we will see that many miracles have occurred as a result. We are writing to you about just one.

“He brought them from the nations.”

Now, heralds from the nations are coming here to Bethlehem College & Seminary to be immersed in God-centered, Bible-saturated, Christ-exalting “Education in Serious Joy,” so that they may return to their homelands and proclaim even more clearly and emphatically that “God is most glorified in us when we are most satisfied in him.” The Internet has served as a gospel net to draw pastors and would-be pastors from every tribe and tongue who long to preach and teach Christian Hedonism to their otherwise falsely taught, theologically malnourished, and sin-enslaved neighbors. There are more interested in applicants from around the world than we have opportunity to serve.

Most of these God-enchanted, sound doctrine-proclaiming preachers come from economically impoverished countries with meager financial resources of their own available for grad school education. The costs of getting here, living here, and even studying here are immense for them. Studying here is costly because federal regulations preclude them from working for any employer other than the academic institutions at which they are enrolled. We do provide some work-study opportunities, but from the standpoint of our budget, it is all water drawn from the same admittedly God-filled well. While God’s streams are obviously endless, he does create margins of need, so that we might continue to depend on him—and we do.

Alex Steddom would have been among those seminarians who received their degrees on May 17, 2019. For reasons we won’t fully understand until the saints march in, the Lord took Alex in the summer prior to his first year of seminary, while he was faithfully doing the work of a witness and missionary in Ireland. The Alex Steddom International Student Fund was established in his memory to provide for the extraordinary financial needs of seminary students from around the world who come to Bethlehem College & Seminary, earn a Master of Divinity degree, then return to their respective nations to spread a passion for the supremacy of God in all things for the joy of all peoples through Jesus Christ.

We only appeal for financial support of this fund during the Summer between academic years as to avoid conflicting with the on-going appeal for The Serious Joy Scholarship that permits all of our students, including these international students, to attend at an unusually low tuition and graduate without student loan debt. In God’s economy, the Steddom Fund need is infinitesimal—only $185,000 on balance as each school year begins—i.e., enough to support four seminarians in the school at the same time. There are currently two Steddom Fund-supported students enrolled, one on the way to join us in August, and the Admissions Committee will select a grantee for the 2020-21 school year yet this summer. So, time is something of the essence.

Would you please pray whether you might be called to help meet this special need at Bethlehem College & Seminary with a gift of any amount before August 31?

At present there are two Steddom Fund grantees studying in the seminary:

In August, Lord willing, they will be joined by: 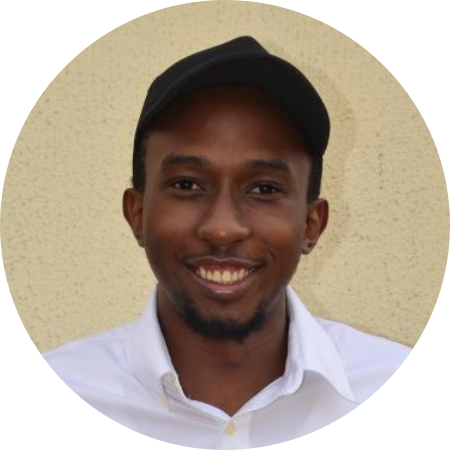 May God show such generosity, favor, and fruitfulness to all of these international students as they answer his call to preach the gospel faithfully among their peoples!

It is “pop” these days for one to be engaged in some effort to “save the world”, with no paucity of causes celebre from which to choose. This is not to diminish at all the importance of the palette of good deeds waiting and needing to be done. But we who believe know that the world only ends once, and that those who live in it have already been saved, if they will but believe in the name of Jesus. With your gift to The Alex Steddom International Student Fund, you are knitted into God’s grand redemptive work among all of the peoples of the world.

After this I looked, and behold, a great multitude that no one could number, from every nation, from all tribes and peoples and languages, standing before the throne and before the Lamb, clothed in white robes, with palm branches in their hands, and crying out with a loud voice, “Salvation belongs to our God who sits on the throne, and to the Lamb!” And all the angels were standing around the throne and around the elders and the four living creatures, and they fell on their faces before the throne and worshiped God, saying, “Amen! Blessing and glory and wisdom and thanksgiving and honor and power and might be to our God forever and ever! Amen.” Revelation 7:9-12

Only Jesus can and will assemble such a people. His Great Commission however sends us to the nations in a way that establishes the instrumental role that our lives play in this cosmic in-gathering. The Alex Steddom International Student Fund is but a piece of nanotechnology in the hands of Jesus—unnecessary to him but mysteriously useful. Would you be gathered even more intricately into this Grand Endeavor by making these international students part of your earthly ministry for Christ?

A small gift from each of our 700+ contributors could easily meet The Alex Steddom Fund need for the new year. However, Summer is a hard time in which to gain attention and raise money. Given the manifold distractions of season, it will likely require a mosaic of gifts large and small to meet this need before school starts. So, would you seek the Lord and, if so moved, to send a check or use the e-commerce secure facility to transmit your gift online?

We have asked each of these men to correspond with you over the Summer, so that you might have a more granular view of their gospel ambitions, attach faces with names, and add them to your prayer lists.

Fresh off this trip to Africa, I continued to stand amazed at the disproportionate impact of this intentionally small college and seminary. Pulpits are being supplied, ministries staffed, workplaces changed, theological guilds seasoned, and nations reached and pastored by graduates of Bethlehem College & Seminary. Thank you for your generosity, but all the more for the love of Christ so evident in your heart that it spills over in blessing to so many.

His servant and yours,