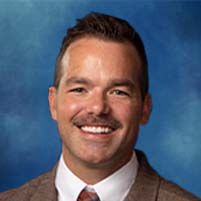 Jared loves teaching and preaching the Bible and training others to do the same. He loves thinking and talking about how the Bible fits together and how we fit into the Bible’s big story. He also loves (and sometimes hates!) writing. Jared’s written articles and reviews for several publications and published three books, most recently Biblical Theology according to the Apostles: How the Earliest Christians Told Israel’s Story (IVP, 2020), a book he wrote with two of his childhood friends. He’s served on the editorial board for Themelios and Trinity Journal and is presently a member of ETS & IBR. Best of all, he’s been a Christian for nearly 30 years, married to his best friend Charisse for nearly 16 years, and has been telling dad jokes for 14 years. Jared, Charisse, and their three children—Asher (14), Jude (12), and Haven (10)—live in Arden Hills and attend Bethlehem’s North Campus.