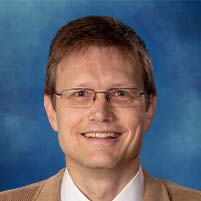 When John Beckman first came to Bethlehem in 1997, he was seeking Biblical and cross-cultural training in preparation for a tentmaking career overseas as an engineering professor. He had just completed his Ph.D. in electrical engineering at Stanford University after doing nanofabrication research at Hitachi Central Research Laboratory in Tokyo and at IBM’s Yorktown Heights research laboratory in New York. But while at Bethlehem, he discovered the joy of studying and teaching the Bible and Biblical languages. As a result, after completing pastoral studies at The Bethlehem Institute and teaching Greek and systematic theology at Bethlehem, he quit his engineering job, dropped out of a master’s program in intercultural studies, and moved to Boston in 2004 for seminary and then a Ph.D. in Old Testament. Dr. Beckman returned to Bethlehem in 2011 after first learning, and then teaching, Biblical languages and exegesis at both Gordon-Conwell Theological Seminary and at Harvard University.

As a language specialist, Dr. Beckman’s passion is making it easier for students to learn and remember the langauges of the Bible, and then to grow spiritually through reading the Bible in its original languages. To that end he re-wrote a classic intermediate Hebrew grammar and maintains a website where he distributes hundreds of pages of worksheets, overheads, and other materials to help students learn Hebrew, Greek, Aramaic, and other languages that are relevant to Biblical studies.

John and his wife, Olivia (Dr. Beckman, MD), have been married for almost 30 years, and have two sons in college.